We are all familiar with the term X marks the spot and can speculate as to the various origins of the term as to whether it comes from Pirate Treasure Maps or originates elsewhere however we all appreciate it tends to designate a target location. 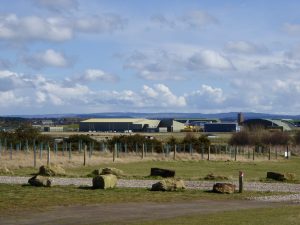 Whilst this is less the situation in this part of Moray we are honoured to have the RAF based at Lossiemouth. RAF Lossiemouth has been in existence since 1938 and is currently one of two RAF Quick Reaction Alert (QRA) stations that protect UK airspace. In general terms, RAF Lossiemouth protects the UK’s northern airspace.

As you explore this part of the country you can see examples of WWII evidence all around you from the concrete barriers on the beach at Roseisle to the incredible Churchill Barriers on the Orkney Islands. In today’s world, the RAF launches the submarine spotting aircraft and generally protects the waters and skies of the UK. 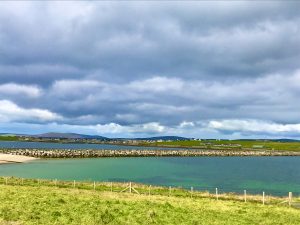 With the latest jets and supporting aircraft, RAF Lossiemouth enjoys the location and climate that makes this area so special. In 2015, the UK announced its intention to order nine new Boeing P-8A Poseidon maritime patrol aircraft.

Construction of a new hangar and support facility for the Poseidon fleet began in April 2018. The 33,000 square metres facility was built on the northern side of the airfield and include maintenance facilities capable of accommodating three aircraft simultaneously, a tactical operations centre, training & simulation facilities and accommodation for two squadrons.

As Lossiemouth’s airfield was largely set-up for fast-jet operations, the runways and associated operating surfaces needed resurfacing and alterations to safely accommodate regular Poseidon operations.  The RAF’s first Poseidon arrived in the UK from the USA in February 2020, initially operating from Kinloss with much interest and excitement in the area. Subsequently, all the aircraft moved to their new home at Lossiemouth in October 2020.

Spend some time exploring the area visit Lossiemouth not just for the stunning beaches and dunes, or the fact that Lossiemouth is a charming harbour time with sensational sunsets. Or the fact you might get to see a couple of seals bobbing around or you could take a Wildlife watching trip. Or because Lossiemouth has not one but two world-class Golf courses – both links courses. But take the time to absorb the size of the airfield and perhaps watch a couple of jets take off. 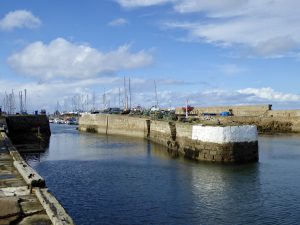 Then next time you read about foreign aircraft being intercepted and escorted out of UK airspace think back to Lossiemouth and the support and everyday functions that have been ongoing all this time.

However, as RAF Lossiemouth expanded the next door airfield of RAF Kinloss was disbanded. In 2011 Morayvia formed a group and was established to progress work by the former Nimrod Heritage Group to save the last remaining Nimrod MR2 aircraft at RAF Kinloss for Moray.

Consequently, as a visitor to Moray, you have the opportunity to visit the excellent Morayvia Sci-Tech Experience at RAF Kinloss. Here you will find an impressive array of not experimental aircraft but tried and tested aircraft.

The Museum is manned by experienced aircraft personnel who will bring your visit to life in a way you cannot experience elsewhere.

Morayvia has several helicopters to explore, both Search and Rescue and Battlefield Tactical Support. It is a real opportunity to see these aircraft close up. 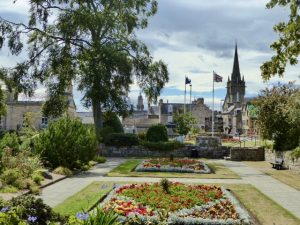 And now that air travel moves forward into Space Travel we now have new technology in Forres lending itself to 3D printing for the new rocket components for the new Space Hub in Sutherland.

Now that is truly groundbreaking stuff.

And once again so much to explore around us and as ever so little time.