Continuing my theme of what to do and see while staying with us at Blervie House I am suggesting Activities beginning with P – namely the Picts in Moray and Pluscarden Abbey.

When staying with us you will be sure to see references to the Picts in Moray. The Picts were a confederation of Celtic speaking people who lived in the North and Eastern Scotland during the late British Iron Age and are considered to be Scotland’s first indigenous people.

When we say they were the first indigenous people of Scotland it is worth noting that the Picts had been living in Scotland for 12000 years. Nothing was ever written by them save for their amazing carvings which can still be seen on the numerous standing stones. One example is Suenos Stone in Forres standing over 21 feet high.  This stone is the tallest and most complex piece of early medieval sculpture in Scotland, shows detailed carved scenes commemorating a battle. 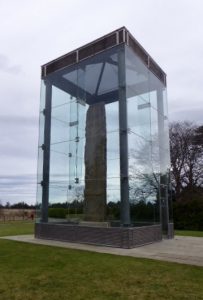 Most of what we know about them was written by the Romans who arrived in 43 BC. They referred to the Picts as the Painted People due to the fact that they were mainly naked apart from tattoos painted on their bodies with a blue dye.

Whilst excellent stone masons the Picts mainly lived in wooden houses and caves. Infact the practice of living in caves continued up to 1915 when it was outlawed. It is possible that the very first Picts came to Scotland from Scandanavia. They were not all one group but often banded together to fight a common cause.

You can find many examples of the Picts in Moray when you are walking or riding around as this example of a Pictish stone on the property next door to us proves. It is believed the Picts occupied an area from Fife to Caithness and it is surprising we still know so little about them.

The Romans tried many times to conquer the Picts and although the Romans won many battles they never succeeded in conquering them. One battle in 43BC the Picts mustered 30,000 men. The Romans left in 410 BC and although the Northumberland kept testing the Picts it was really Christian missionaries who made the first inroads to the Pictish lands.

Just 5 miles from us you will find Burghead Village which was a Pictish promontory fort and one of both the earliest and largest  power centres for the Picts. Sections of the Fort remain and standing on the top of the Promontory you get a feel for both the size of the Fort plus also the size of the power base. The Fort was  some 7 acres in size. There is beautifully carved well positioned within the Fort  – supposedly used for ritual drownings. 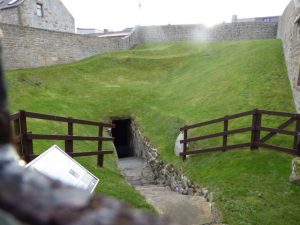 The Picts in Moray left Burghead with 30 unique carved stone bulls of which 6 still remain.These deeply inscribed carvings are highly stylised, and some have swishing tails, to increase the effect of their vigour. The animal forms would have likely signified the vigour and power of the Pictish tribes occupying, what is, the largest Pictish known Fort. As you stand there you will understand that to attack from the sea a disadvantage.

The Bull Pictish Stones were largely found on the beaches about the headland, either cast in as offerings to deities, or indeed, as many believe, they adorned the outside walls of the fort. You may wish to visit Elgin Museum to learn more about the Picts, pictish symbols meaning  and see the Burghead Bulls. 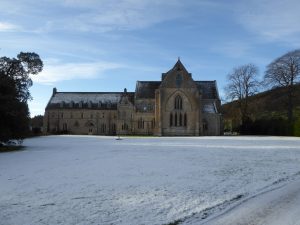 The stained glass windows of the Abbey are truly beautiful. The monks have their own stained glass workshop and have restored the lost medieval glass to the windows you see today. The Abbey is a truly unique restful place that is truly part of the community and provides a restful place not always found today. 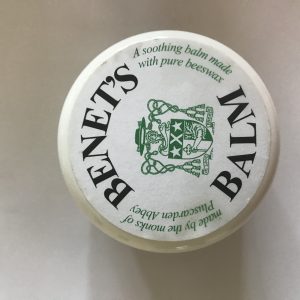 As you visit the Abbey today, you can enjoy not only the beauty of its architecture and its setting but also experience of the restful atmosphere of devotion that has so deeply permeated this little corner of Scotland. Many of our guests visit to partake of Mass sung by the monks each day using Gregorian Chant.  Take the time to visit the Abbey shop, I can throughly recommend their honey, apple juice, soaps and balms.